This is the simplest & the effective method to make aligned nanofibers.

There are various ways to get your fibres collected depending on the product you wish to collect, from precise nanofiber diameters, meshes and fibre material for masks. 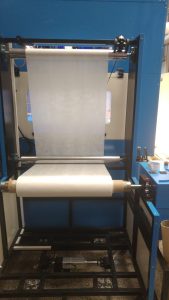 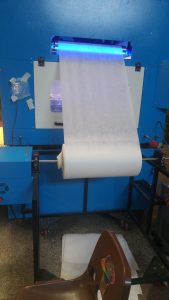 Continuous sheets can be produced for laboratory or we have larger industrial scale versions for the production of face mask materials.

We have the complete range for your laboratory accessories and beyond. The rotating collector of electrospinning is used for collecting aligned nanofiber sheet. This is the simplest & the effective method to make aligned nanofibers. By using different length/ diameter ratio, with different rotating speed, an even fiber sheet or aligned fibers can be made. The rotating drum collector is used to change the orientation of the collected fibers and producing a homogenous nanofiber mats. This collection module consists of the rotating drum unit with a translational linear motion emitter. At low rotational speeds, the fibers are randomly deposited onto the surface of the drum. As the rotational speed of the drum is increased more than 3000 rpm, fibers are deposited on the surface in an aligned orientation.

The disk collector is a device to make highly-aligned nanofiber samples.
Spins higher alignment fibers than a drum collector.

The rotating collector is composed of thin stainless steel wires arranged at the same distance from the axis of rotation.

When the collector is rotated at very low speeds, fibers are also deposited between the conductive wires; the principle for the creation of aligned fibers is the same as in the case of the static patterned collector.

At higher speeds, electrostatic and mechanical forces are combined, increasing the degree of alignment of the individual fibers. To achieve very good fiber alignment, the collector speeds can be much lower than those of the rotating drum collector.

Coaxial nozzle, where the nozzle comprises of an inner and outer orifice, is often associated with electrospinning core-shell fibers. However, the coaxial nozzle design has many other uses in electrospinning and the production of fibers. These include initiation and facilitation of electrospinning, controlling fiber quality, creating hollow fibers and reducing fiber diameter.

Coaxial eletrospinning is not limited to produce core/shell nanofibers, systems with buckling, drop- shape inclusions inside a continuous shell can also be made by controlling the viscosity of inner and outer solutions.